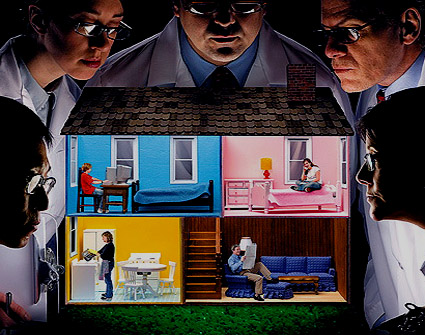 “I didn’t realize how hard it was to run a small business.”

That’s what Groupon CEO Andrew Mason had to say about his recent experience in studying the needs of his next customer base, which is the starting point of Groupon’s next strategic direction.

There’s an excellent Japanese restaurant in Chicago’s Wicker Park neighborhood. The place has been around for years and still draws a crowd, a trendy mix of tattooed hipsters and business-casual professionals. Black-clad waiters with spiky hair shuttle plates of sashimi, which is pricey but worth it, judging from the reviews on Yelp. On weekend nights, customers might be directed to their tables by the most absurdly overqualified maitre d’ on earth: Andrew Mason, who is also the chief executive officer and founder of Groupon (GRPN).

Mason says his hosting gig, which he agreed to discuss on the condition that the establishment not be named, helps him understand what makes local merchants tick—how they book reservations, accept payments, and manage inventory. It’s all the stuff businesses do behind the scenes. It’s also, he says, the future of Groupon. Mason co-founded the company in 2008 as a website for selling marked-down spa packages and half-off pizza. Just four years later, it’s a 12,500-employee public company that e-mails daily deals—on everything from 43 percent-off Android tablets to discounted beekeeping classes—to 36 million customers in 48 countries. Mason built his empire by persuading retailers and restaurant owners to offer deals, but he’s rethinking what a tech company can offer such businesses, and a good way to understand them is to work at one. “I didn’t realize how hard it was to run a small business,” he says.

What Mason is doing is going out into the frontlines and learning to live in the customer’s skin to empathize and identify unmet needs. He wants to know how he can better serve them. In this case, Mason is becoming a restaurant owner.

In my opinion, of all the innovation techniques available to an innovation practitioner, entrepreneur, marketer or business leader none is more important than getting out on the field and observing people in their domains. Take a look into this Simple Software for Small Business owners.

Of course, this takes time. But it is infinitely valuable. Plus, I’ve found that the customer feels a lot more involved when you are “shadowing” them.

If you are setting out to live a day in the life of your customer, here are a few things you should observe to identify pain points or/and unmet needs :

Bottom line: sitting on the sidelines isn’t going to tell you anything. You have to get into the game to understand the unspoken rules.

The most important innovation technique available to an innovation practitioner