What happens when #neuroscience meets #anthropology to talk #empathy? We found out in Boston. | http://t.co/E8g5sSPPOM

What happens is that you get some very abstract conversations about what empathy is, nevertheless it is an interesting and important topic. Featuring Dr. Marco Iacoboni, Dr. Mary Hellen Immordino-Yang, Dr. Robert Weller, Dr. Adam Seligman, Leslie Jamison and Ben Doepke & the SEEK company. END_OF_DOCUMENT_TOKEN_TO_BE_REPLACED There is no innovation without experimentation…

A while back, Dan Ariely wrote a thoughtful column in the Harvard Business Review about why businesses don’t experiment: END_OF_DOCUMENT_TOKEN_TO_BE_REPLACED

Innovation comes from leaving known shores and stepping into the unknown. This means being aware that you don’t have all the answers. So, you need to go out and discover new insights…

So, what’s an insight? Insights are unexpected shifts in the way we understand how things work.

They can be broken down into two categories: END_OF_DOCUMENT_TOKEN_TO_BE_REPLACED 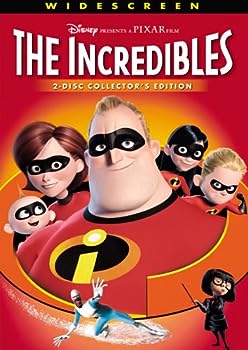 Cover of The Incredibles [UMD for PSP]

As you can discern from last week’s post about how not to drive a culture of innovation, as well as previous ones, I’m a big fan of “what not to do’s”. Well, in contrast to those, what are the counters to those NOT’s?

Let’s take the topic of success leading to failure…

You don’t repeat the same formula that worked for you before. Instead, you shake things up as Pixar’s Brad Bird did when taking on The Incredibles.

A few years ago, The McKinsey Quaterly asked: what does stimulating the creativity of animators have in common with developing new product ideas or technology breakthroughs? Apparently, a lot. END_OF_DOCUMENT_TOKEN_TO_BE_REPLACED Phil McKinney asks: are customers a source of ideas for innovation?

Two years ago The Economist published a report where it indicated that by 2020 customers will replace R&D as the main source of new ideas. Well, apart from customers, there are many sources where companies can get ideas for innovation; partners, competitors, non-competing companies and employees.

Some of the most innovative ideas can come from customers themselves. But, you must involve them. END_OF_DOCUMENT_TOKEN_TO_BE_REPLACED

For things to change somebody somewhere has to act differently…

There’s a great thread going on in the Beyond Innovation LinkedIn group about exciting examples of driving a culture of innovation. In my experience, it was one singular person driving it and enlisting people. Always. Most of the people who commented on the thread have similar responses. This is not surprising at all, it is rare an organization that has innovation embedded in their core DNA.

But one response that stood out is about how NOT to drive a culture of innovation!

VP of Culture of Innovation John Coyle at Maddock Douglas chimes in: END_OF_DOCUMENT_TOKEN_TO_BE_REPLACED Ultimately, just like your business strategy, your innovation strategy needs to be focused. It can’t be all things to all people. It must be able to stand on its own.

Last Friday I conducted a second innovation workshop with graduate students from UABC, the largest university in Tijuana. Before we were done, I made sure they took two things to heart:

The last point is important, and hopefully they caught my drift because a lot of what the media considers innovation fits into the silly category… END_OF_DOCUMENT_TOKEN_TO_BE_REPLACED