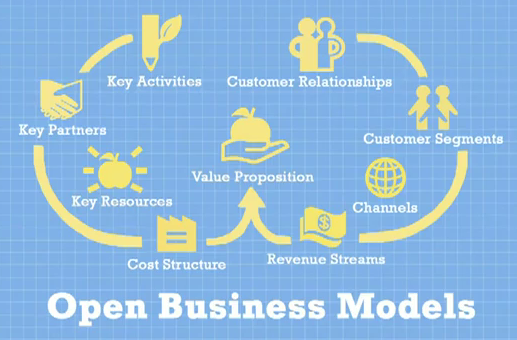 Sangeet Paul Choudary writes the blog Platform Thinking which has been featured on leading publications and research labs including WSJ, HBR, WIRED, FastCompany and the MIT Centre for Digital Business. He is an innovation analyst and consultant who has lectured at leading academic institutions like MIT Media Labs and INSEAD and consults leading startups as well as traditional firms making the transition to digital platforms. He is a mentor at leading accelerators like 500Startups and serves on the advisory board of leading platform startups.

As it relates to business models, how are platforms changing how companies compete?

Platforms are changing competition very significantly and that’s largely because the way companies competed in the past was very different. In the past, there were three levers of competition

So, it was either product innovation or operational efficiency or improvement in customer service.

In case of platforms, all these three are important but all three change in certain ways.

What are three things organizations can do today to leverage networks for innovation?

There are several different ways in which networks can be used for innovation. Networks are especially good for solving design and research problems because very often the experts on these may not be within your company, they may be outside. What’s important is structuring the incentives in such a way that users from outside participate and then using the expertise of the crowd rather than of in-house experts.

The second way of doing it for more routine activities is for sourcing a talent pool on a set of employees. You may need certain people, you may need certain kinds of resources on a non-regular basis and you might want to leverage freelancers for that and that’s where freelance marketplaces like ODesk and Elance become important so as to just leverage somebody on a project by project basis. Having an open marketplace helps.

But the most important way that these organizations can leverage networks for innovation is to actually create a platform where users can come and create value for you and you can directly profit from that value. So, the best example for that really is how Wikipedia works. Can you build a Wikipedia model for your industry? Can you build a model where external users can collaborate with each other and create what you ultimately serve consumers. This is where the whole platform model becomes very compelling.

If you think of how Encyclopedia Brittanica solved it, it got people inside for writing these Encyclopedias which were not updated frequently, nor were they comprehensive enough and Wikipedia totally disrupted that with an open approach.

Or think of AirBnB. The traditional model of a corporation solving the problem of accommodation was the hotel model. You created more rooms for serving more travelers. AirBnB doesn’t do that-it just creates a platform and lets both sides interact.

We need to see more of the platform model. We’ve already seen a lot crowdsourcing and freelancing in business. The next competitive advantage lies in building platforms.

From a collaboration point of view, there are companies who are denying themselves of adding and capturing new value because they have yet to embrace external collaboration. How can leaders eliminate those obstacles to collaborating with the outside world?

I think the whole aspect of collaborating with the outside world is new. There are questions of- what can be opened and what cannot be opened, what kind of information is proprietary, what kind of information should not be sent out there, which kinds of things are best done by the crowd, which kinds of things are not, where’s the crowd the best judge and where’s the crowd not the best judge? These are all questions that people do not necessarily know how to answer because they have always operated in hierarchies of control.

When people have the legacy of working in a hierarchy and they’ve never worked on a network, it becomes very different. And that’s where I think a lot of the challenges come into the picture. If you’re not working in a controlled environment, if you’re not working in a hierarchy, how do you decide what parts you control, what parts are opened out to users, what is sensitive information, what is not so sensitive, what are the ways of determining quality, what are the curation tools you give out to users. So, it’s not just about designing a solution, it’s even about understanding where you leverage these open-models and where you are better off with sticking to a traditional model of control. Understanding answers to these design questions is key to eliminating these obstacles to open collaboration.

Traditionally, businesses have collaborated with partners to either develop or enhance existing offerings. But, we still don’t see a lot of collaboration with customers. Why do you think co-creating with customers is a challenge?

Co-creating with customers is often a challenge because it’s about lack of control. Once you open out your production, once you open out the service delivery, once you open out the producer role and get into a co-creation model, you lose control over quality and traditionally big brands build value in their brand because of the reliability and service quality that they offer. And that goes for a toss when you open out the creation process. Whenever there’s a co-creation model, there needs to be a scalable way of ascertaining quality and offering a certain level of reliability. And many traditional brands are concerned about this because much of their value is about delivering with quality and reliability, which goes for a toss in an open model.

Q&A: Sangeet Paul Choudary on how to succeed with a platform business